For almost four decades, ITP has served the university by offering courses in programming and advanced software, providing cutting-edge computing labs and resources, and transforming its curriculum to keep students, faculty, and staff up-to-date with advances in technology. Take a look back at how ITP grew alongside the Digital Revolution.

The School of Engineering establishes the Programming and Data Processing Learning Center, which offers courses in programming languages like Fortran, COBOL, BASIC, and Pascal. Students, faculty, and staff on both the University Park Campus and Health Sciences Campus can take classes in software and emerging technologies. "What is Programming and Data Processing?" Daily Trojan, April 7, 1981.

Students can earn the Certificate in Programming and Data Processing by completing 16 units of approved course work. This certificate program gives students from across the university the opportunity to gain experience working with computers.

As personal computers like the IBM PC and Apple II bring computing to more offices and homes, ITP offers a new course to introduce students to these new devices: PDP-100x “Introduction to Microcomputers” (2 units). 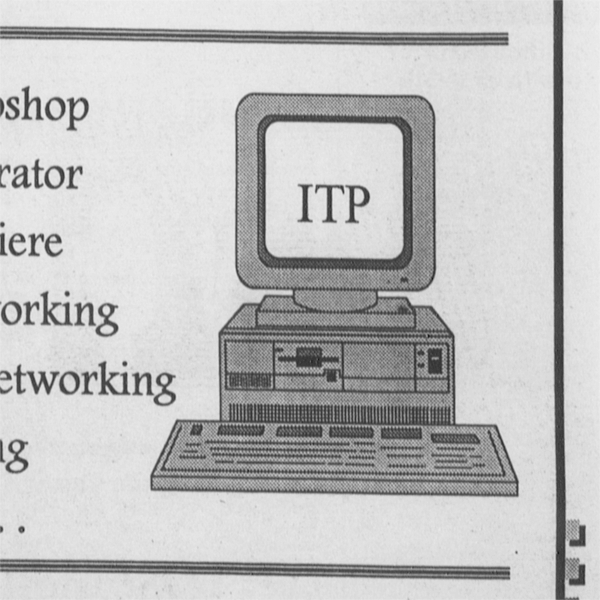 ITP launches the Video Game Design and Management and Video Game Programming minors in collaboration with the Department of Computer Science and the School of Cinema-Television.

A new minor in Law and Internet Technology explores the intersection of law, computer security, and cybercrime. As skills preventing and investigating cybercrime become more important to an increasingly digital world, this minor grows into two separate minors: Applied Computer Security (in 2010) and Computer and Digital Forensics (in 2012).

Barely one year after the launch of the iOS App Store — which allowed third-party apps to be installed on iPhones for the first time — USC became the second university to offer a course in iOS application development. Now taught in Swift, ITP-342 “iOS Application Development” continues to be popular with students across the university.

11 full-time faculty lead ITP’s efforts as new minors in Enterprise Information Systems and Innovation: The Digital Entrepreneur are launched in collaboration with departments in the Marshall School of Business. Students in the Enterprise Information Systems minor learn to use enterprise resource planning systems like SAP. The Innovation: The Digital Entrepreneur minor prepares students to work on high-tech startups.

ITP-115 “Programming in Python” launches and by 2019 becomes the most popular programming course at ITP — demonstrating Python's importance across application development, research, and data analysis.

With rapid growth in the smart phone and tablet market, smart phones have become an item that an increasingly large portion of the global population have daily access to. Recognizing the advancements being made in smart phone technology, ITP creates its minor in Mobile App Development, enabling students to learn the fundamentals of software development, focusing in either Android or iOS mobile application development.

ITP establishes its minor in Computer Programming, creating a pathway for students from all backgrounds to learn how to write desktop, and web applications.

Reflecting the increasing importance of data analysis across industries, ITP offers a new minor in Applied Analytics. By 2019, this minor grows to be one of the most popular minors at USC by enrollment.

ITP retires its final not-for-credit course, replacing ITP-090 “Introduction to Adobe Photoshop” with ITP-190 “Tools for Digital Graphics,” a 2-unit course that gives students the chance to learn how to use Adobe Photoshop to create, edit, and export images and retouch photographs.

As over 100 million smart devices — including wearables and smart home systems — ship worldwide, ITP launches a new minor in Connected Devices and Making.

A new major in Intelligence and Cyber Operations brings together course work from ITP and the Dornsife College of Letters, Arts, and Sciences to prepare students to work at the intersection of cybersecurity and international relations.

A new minor in Blockchain allows students to learn how to create decentralized applications and propose new use cases for the transformative technology.